According To The Crypto Expert, Altcoins With A Well-Established Network Of Developers And Community Engagement Would Outperform Bitcoin In The Long Run

CEO and co-founder of on-demand financial TV channel Real Vision Raoul Pal expressed his belief that crypto projects with a well-built ecosystem have the upper hand on Bitcoin over time.

Pal’s thoughts were expressed on social media, where he sparked a debate by showing a chart of Ethereum’s price movement compared to Bitcoin’s.

“Fascinating to see that since inception ETH has outperformed BTC by 250%. It only fell below its initial price in BTC for the first 5 months of its existence in 2015. Let that put rest to the idea that all other tokens trend towards zero in BTC terms,” Pal noted.

Indeed, Ethereum started trading at an estimated value of 0.006 BTC per Ethereum. Currently, an Ethereum token trades at 0.0359 BTC. 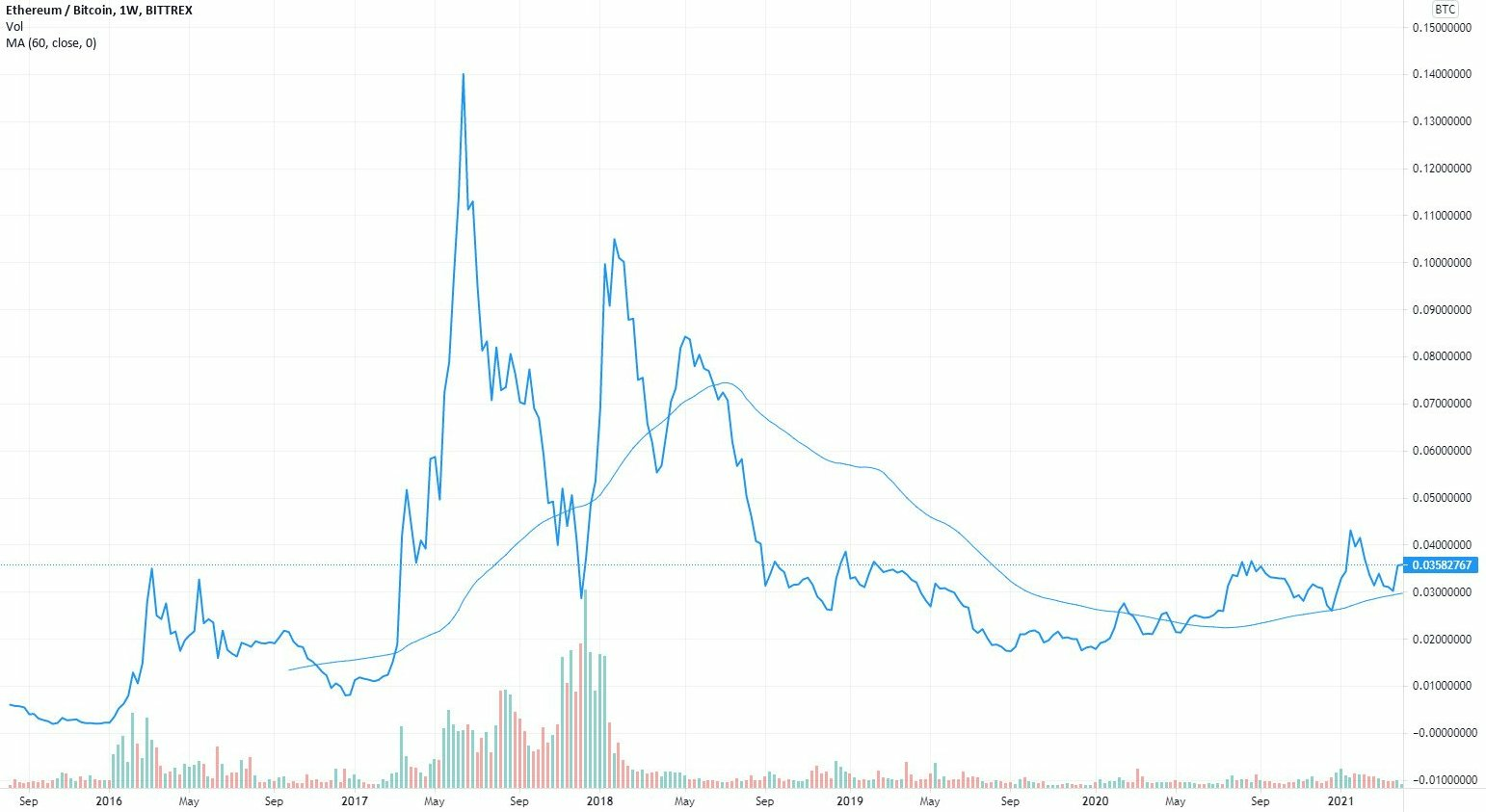 Pal’s claims quickly sparked a debate, with Bitcoin proponents like Arthur van Pelt disagreeing with Real Vision’s CEO. According to van Pelt, Ethereum is on a long-term hype after its 2017 bull run.

Van Pelt was joined by fund strategist and Bitcoin advocate Brad Mills, who claimed Pal’s predictions as flawed because the comparison between the currencies isn’t done considering their respective beginnings.

On-chain analyst Willy Woo gave an in-depth analysis about Ethereum’s future, noting that apart from the initial hype cycle, Ethereum has little to no potential for further price increases. Woo added that the first four years of every project is its “highest climber,” suggesting that Ethereum might just move in tandem with Bitcoin’s price fluctuations.

“You may as well just leverage BTC now that we are in 2021 with well-developed extremely liquid derivative markets," Woo stated.

Meanwhile, crypto influencers like What Bitcoin Did podcaster Peter McCormack, delved deeper into the BTC-ETH feud, challenging Raoul Pal to a bet about the future prices of the industry leaders. McCormack placed a bet that Bitcoin would see a greater price gain when compared to Ethereum, while Pal took the opposite side. The loser has to fly to the winner for drinks, either in London or the Cayman Islands.