One of the leading crypto spot and derivatives exchanges, OKex, stopped all crypto withdrawals from its platform after “losing touch” with one of its private key holders. The trading platform announced that all withdrawal operations have been suspended since 11am Hong Kong time. However, no clear timeframe has been announced when withdrawals are planned to be resumed.

“One of our private key holders is currently cooperating with a public security bureau in investigations where required. We have been out of touch with the concerned private key holder. As such, the associated authorization could not be completed”, the announcement from OKex states.

The exchange clarified that withdrawals would be resumed once the key-holder “is able to authorize the transaction.”

The crypto market quickly reacted to the news, with Bitcoin dropping three percent from its $11,600 intraday high to trade as low as $11,250. Also, OKex’s native OKB token plunged by around 15%, which is visible in the image below. 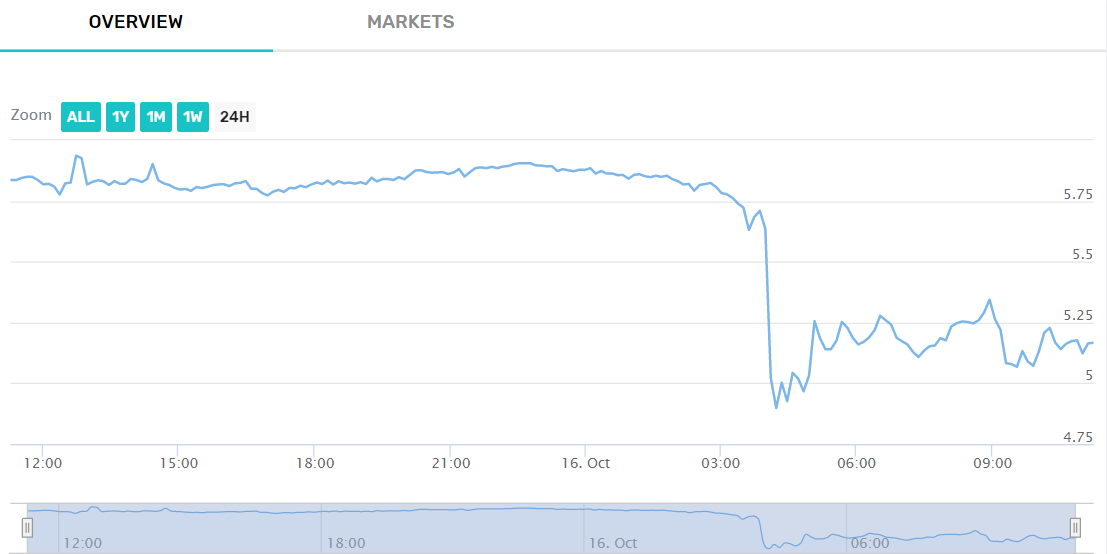 The crypto community reacted to the news with a backlash of outrage. Many crypto users went public on Twitter, criticizing OKex’s decision. In the meantime, OKex announced that all customer funds are safe and all other services, except withdrawals, remain in full operation.

“Centralized exchanges are in a very dangerous state,” Wu added.

OKex, which is Maltian-based crypto exchange, targets primarily the Asian markets. Colin Wu also discovered that “OKex-based over-the-counter crypto merchant, who mistakenly received around 500,000 CNY from a fraud group and the police is hunting him down across several provinces.” However, Wu’s information remains unverified as of press time.

OKex`s suspension on withdrawal services comes after arrests of 33 people during several separate law enforcement operations. All operations were on a global scale against money-laundering schemes, with focus across Europe, North America, and Oceania.