Bitcoin, the biggest cryptocurrency to date, made a mindblowing daily rally on 17th December, after climbing past its 2017 all-time high only to record $23 586,91 as a new all-time high.

The all-time high frenzy also sparked a massive wave of investor interest, which caused the services of two of the biggest exchanges Binance and Coinbase to be temporarily down.

The price movements coincided with the continuous rising of the number of wallets holding at least 1,000 bitcoins. Data from research company Glassnode shows that the total amount of wallets, containing at least 1,000 BTC hit its all-time high of 2,249. The record beats the previous high, which occurred three days before.

Bitcoin’s price rally affected the altcoin sector, with the total market capitalization of all cryptos slipped a few percent to grant Bitcoin 65% market dominance. However, Ripple (XRP) managed to cut some of the dominance by gaining almost six percent against Bitcoin. The rest of the top ten cryptos lost anywhere between three and nine percent against the world’s largest cryptocurrency by market capitalization.

Bitcoin’s price expansion made on-chain analysts like Willy Woo to put $100,000 as a “ridiculously low target”. The break above $21,000 was critical for Bitcoin, exchange heatmaps reveal a large number of stacked sell orders at around $21,000 to $21,500, which meant BTC had to overcome this hurdle to see a broader uptrend.

Data also shows no visible resistance levels above $22,000, which means Bitcoin has entered in a price discovery mode and further price increases are imminent.

The optimistic market sentiment made Woo to consider $100,000 as a low target. 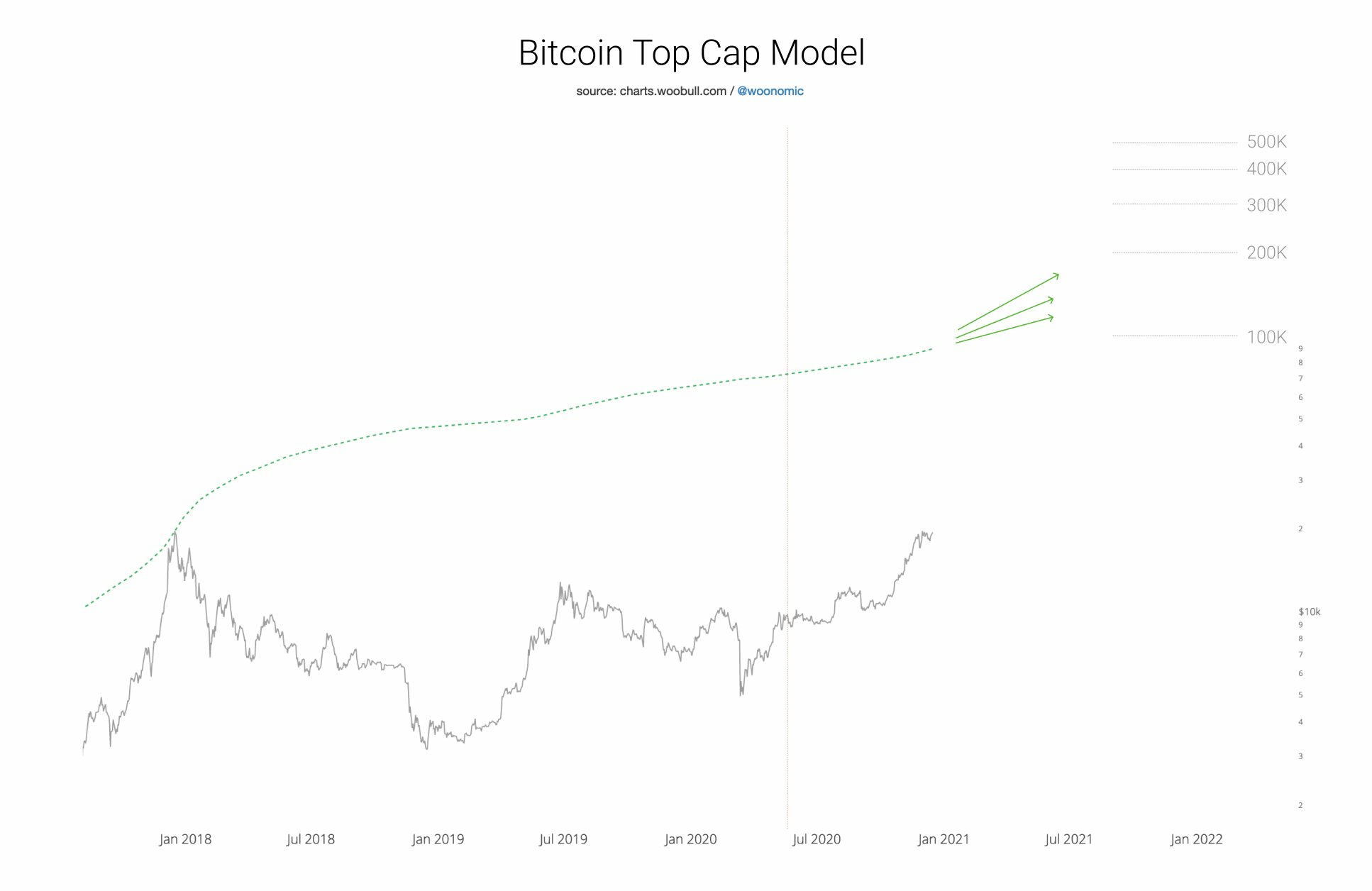 “We are not at the all-time-high juncture where the BTC Top Cap Model starts curving upwards. Let’s see how high she runs in 2021. $100k is a ridiculously low target at the current trajectory. $55k is the next landmark -> Bitcoin becomes a $1T macro asset bucket.”

The milestone price that Woo speaks of, is, in fact, critical for Bitcoin, as the market cap would be equal to a tenth of the total market capitalization of Gold. If Bitcoin continues to rise in price and market cap, the crypto would start to eat up the $9 trillion market cap of gold.