With The Third Bitcoin Halving Already Here, Bitcoin Bulls Are Showing No Signs Of Support For The World’s Leading Cryptocurrency

While the crypto world was frantic about Bitcoin’s third halving event, which occurred on May 12, it came with a bullish sentiment among traders and holders. However, the halving produced 5%-8% price swings in both directions prior to the halving. The market didn’t seem to respond to the much-anticipated halving. The weekend saw $1,3 billion in liquidations, which put pressure on Bitcoin bulls. Shortly after Bitcoin’s reward cut, Bitcoin’s price peaked, before correcting itself to currently trading at $8,745.98

Meanwhile, the Bitcoin mining industry seems to be going all-in on validating blocks, as the computing power on Bitcoin’s network, or hashrate, increased to a new all-time high. The 140 terra hash-per-second (TH/s) all-time high surpassed the recent 135 TH/s all-time high of March 2020, meaning that miners deployed all their recourses to celebrate the halving event.

The crypto community welcomed the halving, as TIE published data, showing the word “halving” being present in over 2,900 tweets. Reddit also showed signs of buzzing in the moments prior to the halving and shortly after it. Joshua Frank, TIE’s founder commented on the data, stating that “Bitcoin became a hot topic in the past 30 days, with a 72-percent conversation surge, and with peaks in search terms of Bitcoin and halving crypto related terms in Twitter. Bitcoin also surpassed 50,000 daily tweets, which is a new six-month high.” 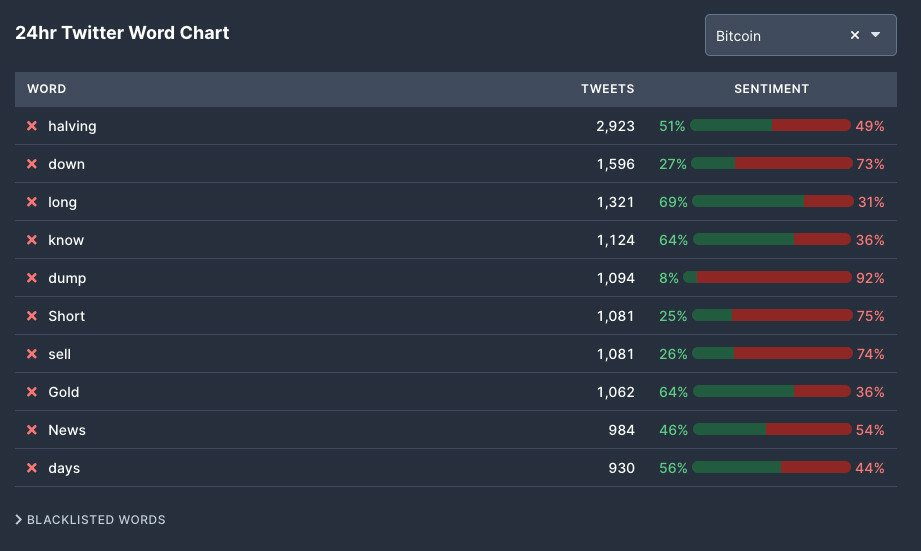 “In the 30-day window prior to the halving, the word “halving” appears to be dominant in the conversations, regarding Bitcoin,” Frank added.

However, most crypto enthusiasts believed Bitcoin would record double, or even triple-digit price increase, due to the halving. The short rally proved them wrong, but many consider the real price surge to start in the following 18 to 24 months. Historically, Bitcoin showed an initial decrease in value before skyrocketing in both price and trading volumes.

The halving event drove an increase in daily trading volumes in the month before the reward cut. However, trading volumes have increased 50 times since the last halving in 2016. Spot market volumes received a boost from a peak of $1,5 billion in June 2016, and it was close to $30 billion in April 2020.

Nevertheless, market players are still stagnant about making strong predictions about Bitcoin’s future price, as this time it would take longer for the market to gain from the bullish momentum the halving created.