Researchers Also Predicted Ethereum To Reach Prices Of Over $3,600 By 2030

The latest report by CryptoReseach made a shocking price prediction that Bitcoin, the world’s largest cryptocurrency by market cap, would be over $397,000 by 2030. The researchers also noted that the price movement of the altcoin sector would closely follow Bitcoin.

Interestingly, researchers noted that the biggest price surge would be in the following five years, with another five years of steady price increases. Researchers believe that Bitcoin “is still in its early phase of mass adoption”, as the crypto leader is only working with 0,44% of its potential addressable market.

“If Bitcoin manages to penetrate and reach 10% of its potential market, we are seeing non-discounted prices of $400,000 per Bitcoin”, the report stated.

The CryptoResearch team also took one of the best-performing cryptocurrencies into account. It turns out that Ethereum (ETH) is anticipated to grow ten-fold over the course of the next five years, Litecoin (LTC) would surge from its present $83 price point to $2,252 by 2030. The report also includes Bitcoin Cash (BCH) and Stellar (XLM).

The research company used the Target Addressable Market (TAM) metric, which is used to “determine the implied future price of crypto assets.” The researchers explained that they use numerous metrics to derive their predictions, such as tax evasion, remittance, store of value, micropayments, online transactions, online loans and gambling, crypto trading, and others. 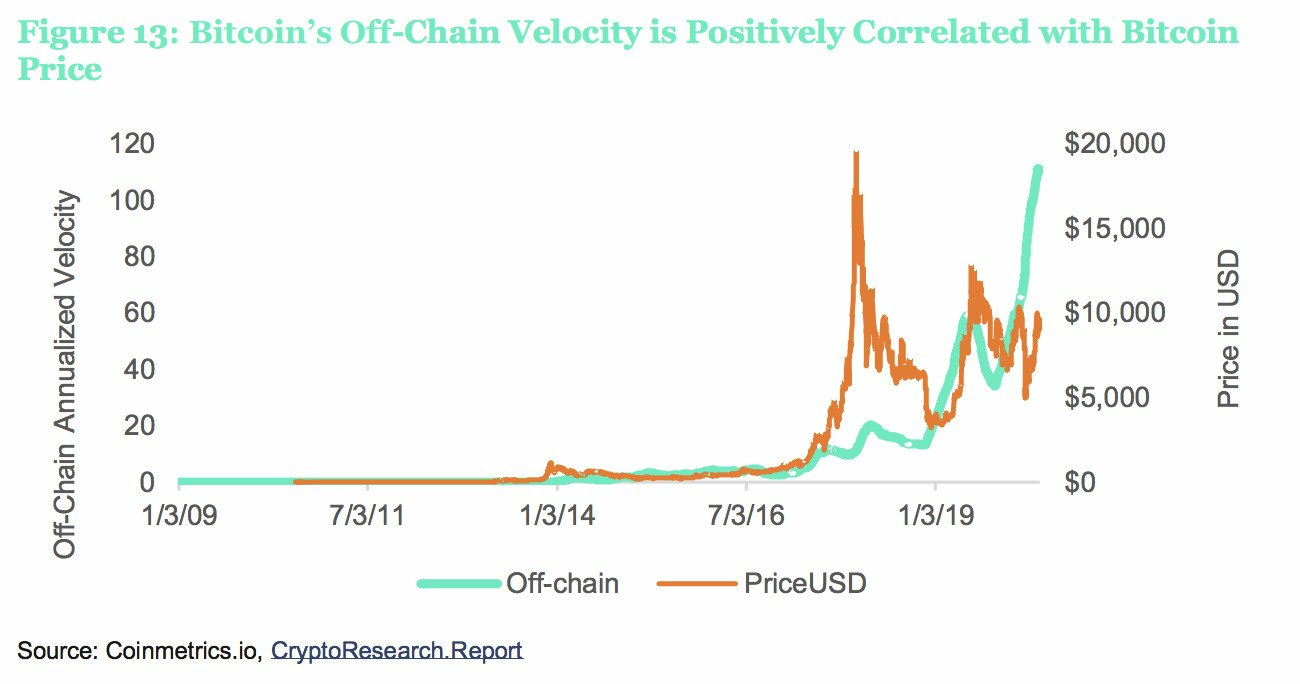 “If cryptos see mass adoption in the long run, as well as short-run speculative or retail usage, their prices will definitely go up. However, the increase in off-chain velocity means cryptocurrencies are primarily used as speculation assets, rather than a store of value.” The researchers concluded.