Whales Are In Possession Of Around 8 Million BTC Out Of The Total 18,527,687 BTC In Circulation 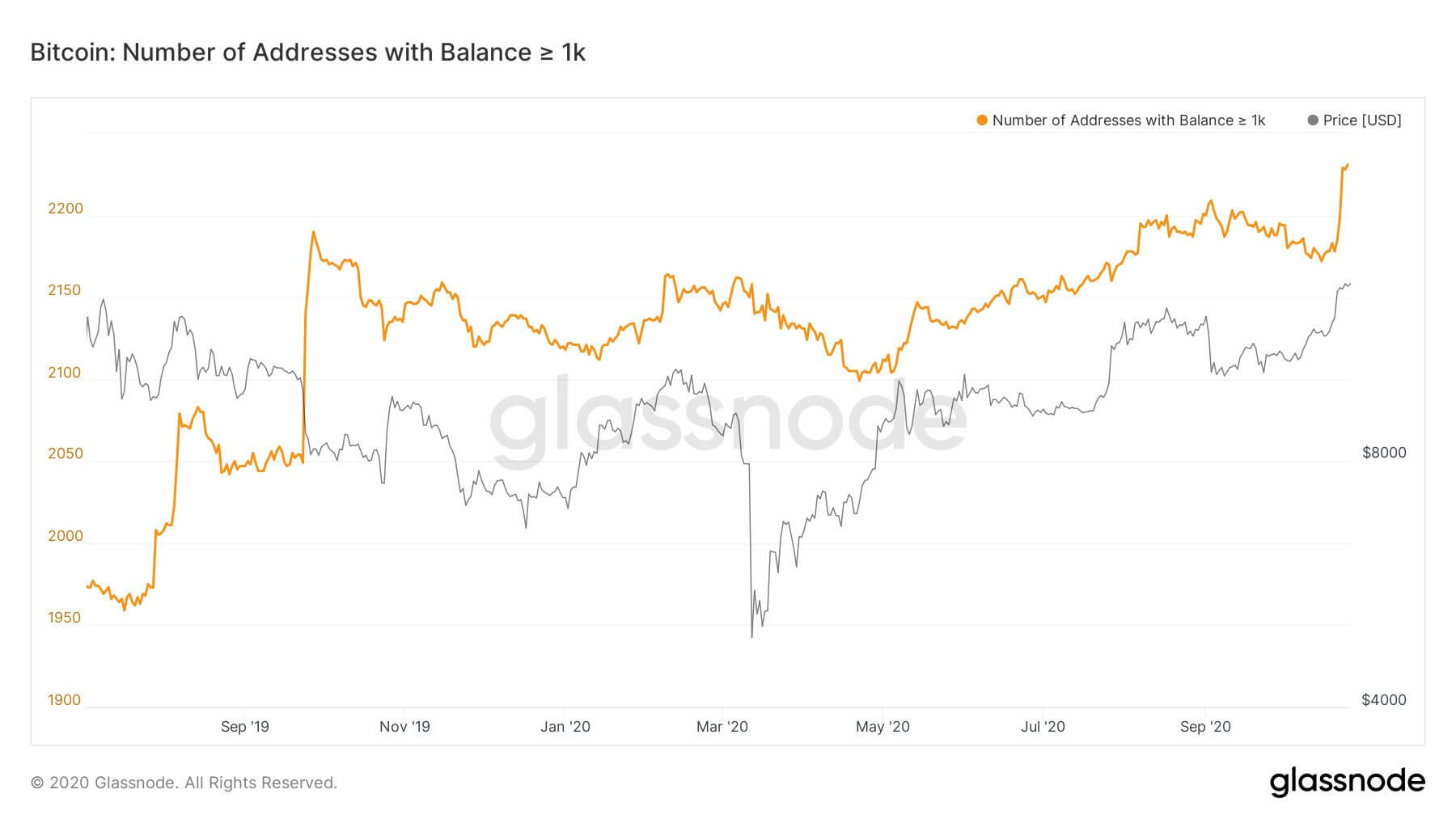 According to Bitcoincharts, whales are in control of 42.65% of the current circulating supply of Bitcoin. However, the company emphasized that the figures do not show the ownership of the addresses, as multiple addresses may be in control of a single entity. Likewise, a single wallet address may be controlled by a group of individuals or entities.

Earlier this year, data from researcher Sergio Dermain Lerner discovered that Bitcoin`s original creator, Satoshi Nakamoto, mined 1,1 million BTC from a single PC. The vast majority of the funds are believed to remain unmoved from the wallets.

The holding pattern tends to become more popular among Bitcoin owners too, as 62% of the BTC in supply stayed without movement for over three years, while almost a third of all Bitcoin didn’t move for at least a year.

The holding pattern, however, acts in contrast to Bitcoin’s latest bullish race, which skyrocketed prices past $13,000 per BTC. The upwards push was fueled by payment solutions provider PayPal announcing that it is adding support for several cryptocurrencies, including Bitcoin. The news made Bitcoin’s price bounce over $12,500, reaching a high of $13,200 with a subsequent spike to $13,370.

Also, Bitcoin secured its second-highest weekly close since its all-time high peak in January 2018. The Sunday close is also the sixth-highest in Bitcoin’s history.