Addresses With Over $10 Are Mostly Found On Tether's Ecosystem

While 2019 is still on its bullish run, the stablecoin market shows signs of rejuvenation parallel to the overall market grow. Speculations about Facebook's stablecoin project – Libra, and the accusations that Tether received for not fully backing their USDT also created a healthy competition in the stablecoin realm.

The scandals around the controversial Tether led to other stablecoin projects like DAI and USDC gaining popularity.

Coinmetrics.io published a report, stating that almost among all major stablecoin projects an increase in numbers of wallet addresses with over $10 was recorded. Only the Gemini Dollar (GUSD) showed a decline over the past month. 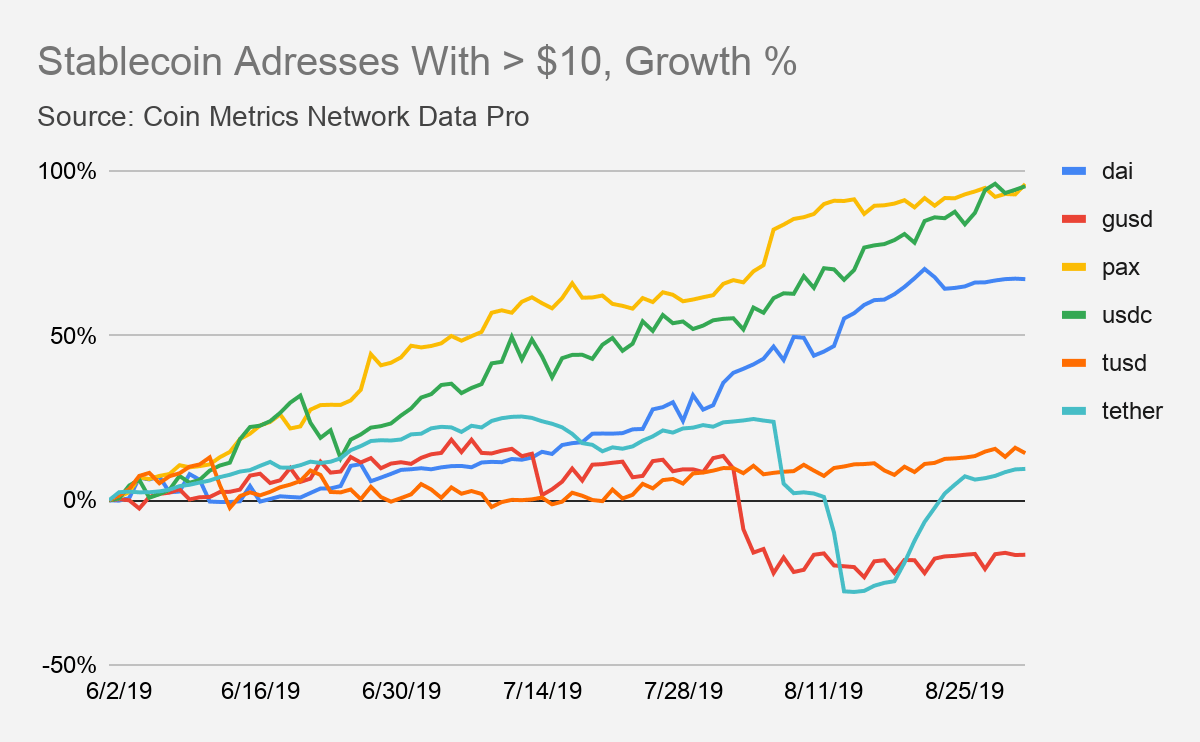 The overall number of addresses with over $10 is in Tether's favor, most probably because Tether is used as a gateway for buying other crypto assets. Tether dominates the chart, as close to 200,000 addresses hold over $10. The runner-up, USDT-ETH /the Ethereum-based version of USDT, holds around 160,000 addresses over $10. Coinmetrics believe that the Ethereum-based version of USDT will surpass the Omni version in the following months. DAI and Circle's USDC are way behind Tether, only accounting for around 10,000 addresses each. 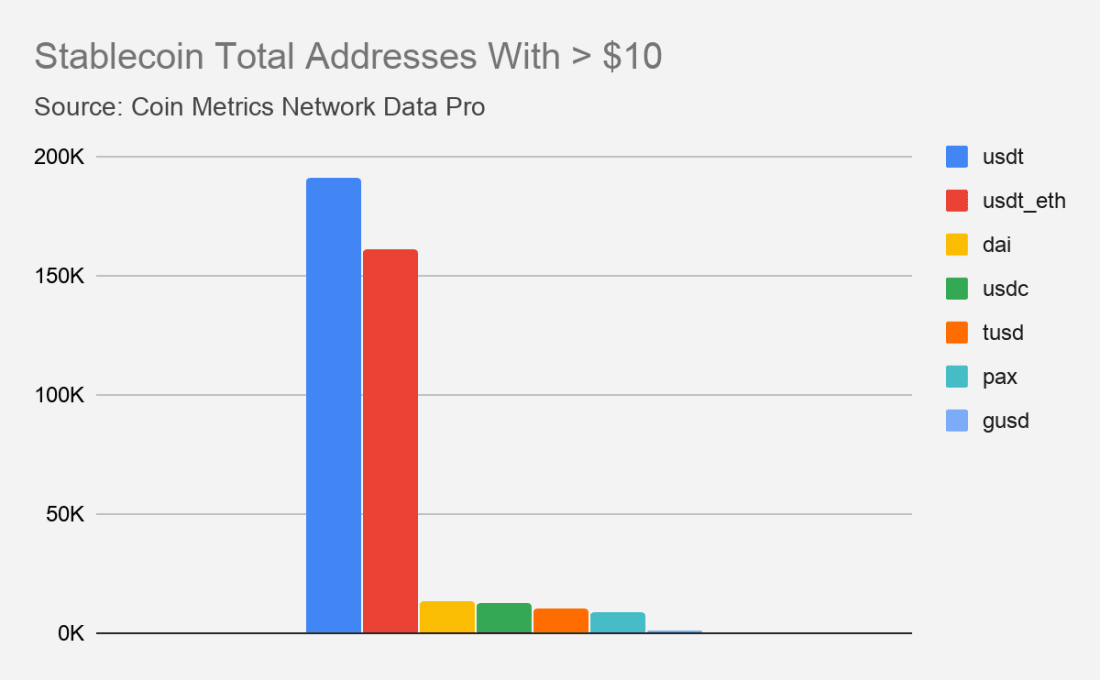 Tether is also a leader in terms of total supply. Tether records around 2,5 billion USDT, while the second in race, USDT-ETH, holds about 1,7 billion of the entire stablecoin supply. Coinmetrics, however, noticed that price volatility in stablecoins is a key metric for consideration when choosing a stablecoin.

"DAI, Tether, and GUSD showed signs of volatility. PAX and USDC were relatively stable over the past three months. Stablecoin prices should ideally stay locked in at 1:1 with fiat currency, which is used to back the stablecoin", the report states.