Solana (SOL), dubbed as a rival to Ethereum, made a sharp drop in its token price, as the Solana Mainnet Beta encountered a large increase in transaction load, resulting in a denial-of-service (DOS) disruption.

According to an announcement by Solana, the transaction load peaked at 400,000 transactions per second, which clogged the network and pushed the blockchain into forking.

“These transactions flooded the transaction processing queue, and lack of prioritization of network-critical messaging caused the network to start forking. This forking led to excessive memory consumption, causing some nodes to go offline. Engineers across the ecosystem attempted to stabilize the network, but were unsuccessful.” Solana explained.

The DOS disruption managed to tumble down Solana’s price, retracing it to its levels before the September 9 all-time high of $214.96. Currently, SOL shakes hands at $156.18, which boosted “buy the dip” trading volumes. However, during the outage, Solana reached a low of $145 per SOL token. 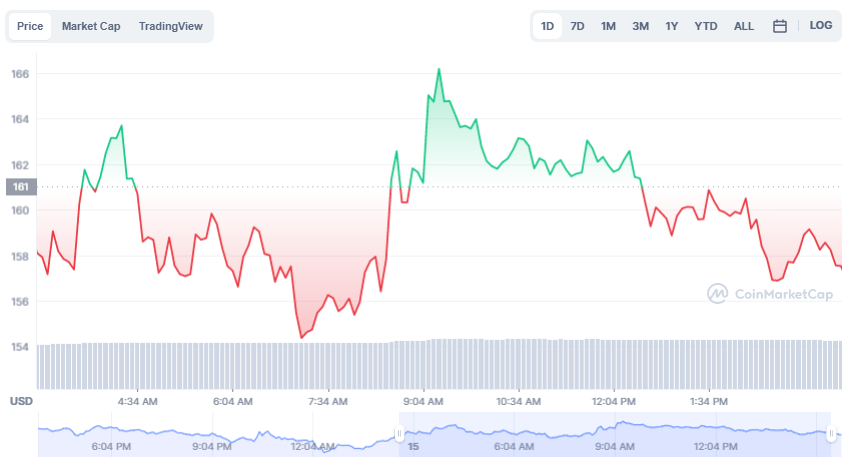 Further investigation discovered that the outage was caused by a bot, connected to Grape Protocol’s September 14 token offering, which induced a second instability in Solana’s mainnet in just two weeks.

Meanwhile, Solana’s beta mainnet wasn’t the only project affected by some downtime. Ethereum layer-two rollup network Arbitrum One also reported a 45-minute offline event. Arbitrum One declared that user funds “were never at risk,” but new transactions were denied during the outage. Offchain Labs, the team building Arbitrum One, explained that since the project is in beta mode, “further outages are possible in these early days.”

However, the root cause for Arbitrum’s sequencer to go offline is coinciding with Solana – the parser got stuck after a very large batch of transactions were submitted over a short period.

Ethereum also suffered from an attack attempt, albeit being unsuccessful. Ethereum developer Marius Van Der Wijden announced about the attack on Twitter, explaining that only a small number of Nethermind nodes were tricked into switching to the invalid chain, while the majority of clients “rejected the long sidechain as invalid.” As of press time, all affected nodes are working with the correct chain and the issue has been resolved.