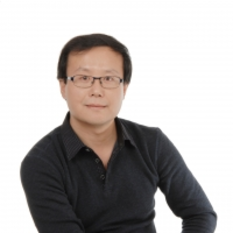 Henry Wang is the Founder and CEO of SmartMesh. He is also the Founder and President of International Blockchain Application Federation (IBAF). Henry’s drive and vision is to build SmartMesh (www.smartmesh.io) the InterPlanetary Decentralized Autonomous Mobile Mesh Network and promote the next generation application ecosystems, which can build the global sharing platform of interconnection and interoperation based on blockchain. Henry founded the International Blockchain Application Federation (IBAF) to promote blockchain applications world widely. Henry earned his M.S. in Beijing University, and he pursued PHD study at Physics Department in Northwestern University with a full scholarship. In 2000, Henry transferred to Washington University in St. Louis for PHD study in Computer Science. He earned the Master Degree with expertise in Internet Tunneling Protocol Design. Henry is a thought leader and an expert on Internet Protocols, Blockchain, ASIC design, Artificial Intelligence, IoT, and Edge Computing.