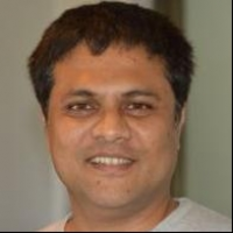 Zahoor is and active coder for over 2 decades and coded the initial platform. Before Prandex, he was working as a software developer for the Ethereum Foundation. Zahoor had his roots in Telecommunication domain from the late 90’s. His first work was in an Indian Institute of Technology - Madras incubated startup called Midas Communication Technologies Pvt. Ltd. where he built protocol stacks like V5.2 and SS7. Later he worked in the Motorola CDMA division and was responsible for the CDMA authentication of the Motorola’s soft switch. His Distributed systems knowledge started when he joined Ericsson. He pioneered building large scale data processing system and created an entire product line called Analytics Suite which helped operators to do lots of large scale analysis of telecommunication systems. He was instrumental in creating “Ericsson Research” in Chennai, India and has several patents to his name in the field of Distributed system and Data Mining. His continued his work in Indix, a E-commerce aggregator, where he built large scale Analytics and Deep learning systems. He then worked for PayPal, developing data pipelines for processing Merchant records and exposing them as API’s. He was a Bitcoin user since early 2013 and got interested in Ethereum late 2015.All this time he was watching blockchain from outside and was contributing to several open source projects in his free time. One fine day he then switched working full time on ethereum and joined the Ethereum Foundation. He was contributing to Swarm project. He wrote the implementations of Pyramid Chunker and contributed to mounting swarm as a FUSE file system apart from several other bug fixes.