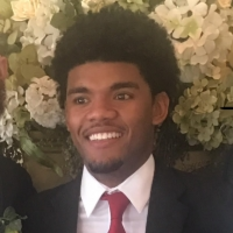 Experienced Global Public Relations professional and investor. I was previously an Account Coordinator practicing Brand, Corporate and New Business strategic communications at Ketchum Los Angeles. I worked on various public relations strategies and tactics such as press releases, media lists, media materials, byline articles, client correspondence, speeches, blog posts, social media content and reports. I'm a recent graduate from The University of Oklahoma as of May 2016. I was a senior Public Relations leader in a student ran organization titled Lindsey + Asp Public Relations and Advertising Agency. During college, I worked on accounts such as the OU Men's Basketball team and Public Relations Student Society of America. Additionally, I was in charge of internal communications in the agency. I have also interned on a corporate level at Orange Leaf Frozen Yogurt level during my undergraduate education. I was responsible for writing press releases to relevant media outlets according to location for each newly opened Orange Leaf Location across the world. I've lived in countries such as Italy, Spain and France while building vital connections and memories.