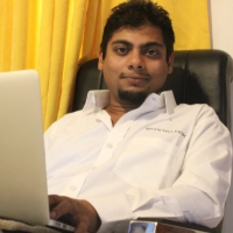 An award-winning crypto-entrepreneur, technology columnist, published author and TEDx speaker, Jason founded internet portal ZeoCities.com, non-profit LDKids and co-invented the world’s first Internet-based DVR- RecordTV. Jason has advised the Country of Barbados, the Government of Goa, and multiple statewide political parties on IT and Education policy. He was the first speaker at TEDx Panaji in 2017, Keynote speaker at TechieScoops Cryptoconference, and been a featured speaker at events hosted at the Computer Society of India, Goa Chamber of Commerce/Industry, Goa University, BITs Pilani University, Goa Engineering College and 91 Springboard. His awards include the Seaside Startup Summit 2018 Award, [email protected] Award, the First National Technopreneurship competition Award(Singapore), Childnet International Award (UK) and even the "Best Business Plan" award from Sybase at the Global Entrepreneurs Challenge at Stanford University, California. Jason has also been featured in international outlets like the BBC, LA Times, Associated Press , MTV, Channel NewsAsia and national outlets like India Today, ZeeTV and the Times of India.