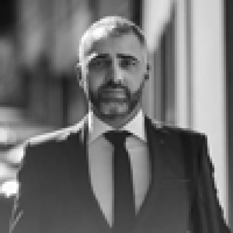 V.P. of business development at Birdchain

I majored in Architecture and since my university years I developed several projects, with different purposes and either alone or as part of a team, from concept to implementation. After some years working in the Credit department of one of Portugal's major banks, I "co-founded" and managed my own hostel in Porto, opened 2 other units and was involved in a few more tourism projects. I was expanding and opening new markets as a business developer for a major Lithuanian company in the end of 2016, when I got involved in developing content for a crypto related project, and got "hooked" in crypto and blockchain. I decided for a new career path that would bring me closer to this world and joined Birdchain, a promising ICO project. For the past half-year I have been attending meet-ups, blockchain conferences and ICO pitch all over Europe, pitching our project a handful of times in the process. The Future is Global, Decentralised and built on Diversity. I believe it's our duty to make sure it includes every single one and values each one’s uniqueness.