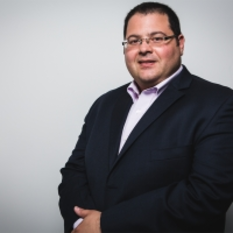 Dr. Joseph F. Borg is an advocate, currently a Senior Advisor to WH Partners, practising mainly in the areas of Gaming, Blockchain, Esports, Corporate, IT, Telecoms and Intellectual Property Law. He also lectures Gaming Law at the University of Malta. Joe occupied the role of Secretary General of the Malta IT Law Association (MITLA) for over 3 years and is currently the Vice-President and Co-Founder of Bitmalta, which is a non-profit organisation with a mission to promoting and stimulating discussion about blockchain technology and cryptocurrencies in Malta. Before joining WH Partners he occupied the post of Chief Regulatory Officer of the Lotteries and Gaming Authority - Malta. Joe was also an elected Member on the Board of Trustees of the International Association of Gaming Regulators (IAGR), a position which he held throughout 2012. He had originally joined the Authority in March 2007 as Director Legal and Enforcement and has occupied this position for almost 4 years. Before joining the Authority, Joseph, acted as a Legal Counsel to Vodafone Malta Limited for three years. Joseph was conferred with an LL.M. in Information Technology and Telecommunications Law at the University of Strathclyde (Glasgow), with Distinction. Earlier, he was awarded the LL.D. from the University of Malta, after writing and successfully defending a thesis entitled, 'Protection of Trademarks Against Domain Names'. In November 2000, Joseph graduated with a Bachelor of Arts (BA) in Legal and Humanistic Studies. Joseph went on an Erasmus Exchange in 2002 at the Facolta di Giurisprudenza of the Universita' degli Studi di Bologna. In 2009 he completed a Regulator Development Program organized by the International Gaming Institute at the University of Nevada in Las Vegas (UNLV). In 2012 he was awarded a certificate in Casino Management by the UNLV.