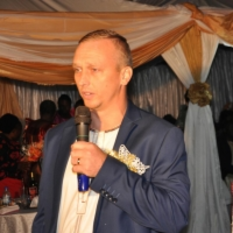 oshua Hawley- is the founder of the Mauritius Blockchain Advisory Foundation and Co-Founder of the Mauritius Ethereum Alliance. He served as CEO to Oryx Prive Investments Dubai. He is a Blockchain and ICO advisor, speaker and writer, based between Dubai, Mauritius and Uganda. His primary interest lies in the logistics of marrying classical systems and asset classes with blockchain technology. He is a blockchain enthusiast advising Government, Industry, Startups and established Enterprise on how to couple their existing operations with the advantages of blockchain technology. He is currently involved in Blockchain projects in Dubai, SE Asia, USA, Mauritius, as well as NGO and Non Profit projects in Africa. He studied Quantum Consciousness under Dr. Ravi Gomatam in Berkeley California at the Bhaktivedanta Institute. Joshua counts quantum computing, Ai, and IoT as some of his many interests, and looks forward to the days when Quantum Computing, Ai, IoT, and Blockchain unite to create an entirely new value paradigm for all. He is married and has four children.