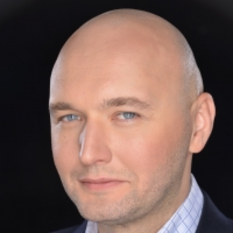 Kirill Nikolaev has been a successful IT entrepreneur since 1995. He has collaborated with top-250 companies in Russia, including Gazprom, MTS, Megafon, Shell, Nobel Biocare, Trust Kalina, Yota, Russian National Library, Saint Petersburg State University, Pyaterochka (X5 Retail Group), Sibneft (Rosneft), Baltika Breweries, Heineken, Lenspecsmu, and the consulates of Great Britain in Russia. Since 2013, after the successful sale of his business, Kirill Nikolaev has been running his M&A boutique N Capital, helping entrepreneurs in closing cash-in & cash-out transactions on the basis of capital market in Russia, Europe and America. At the same time he has started his own family business called NICA. Kirill has been developing the interbank platform Bitcoin VIP since 2017, he is also one of the Board members of the company VIMANA - the leading project in the field of autonomous aerial vehicle flight routes in smart cities all over the world. He has been a sponsor of State Hermitage Museum since 2003. According to Forbes, Kirill featured in top-10 people who manage private capitals of wealth Russians in 2018. He graduated from Saint Petersburg State University of Economics and Finance (Marketing) and studied Financial markets and Corporate finance at Yale University in New Haven, USA. In addition, he has been giving master-classes and leading educational programs in Skolkovo (Moscow), Stokholm School of Economics, Higher School of Economics and the national summer camp at Seliger (Russia)