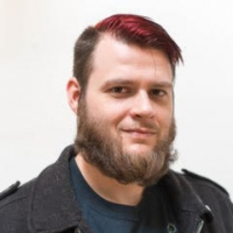 For Kyler, understanding human behavior and the dynamics of communities has been a lifelong fascination and obsession. He has studied and maintained a working knowledge of the field of applied behavior analysis psychology. Kyler was recruited by the USMC and trained in advanced electrical engineering. He later became a chief marksmanship instructor, distinguishing himself as an exemplary leader, presenter, and educator. For three years he presented on a daily basis to hundreds of individuals from wildly differing educational, intellectual, and socioeconomic backgrounds, including Generals and foreign dignitaries. His intuitive communication style ensures each connection receives the same understanding, committed to following up until the participant has a full grasp of the material. Kyler was the lead producer for the worlds first terrestrial radio program about cryptocurrency, has been active in the cryptocurrency community since 2012 and has an extensive and successful history in deal flow, team building, and sales. Kyler is passionate about freeing all humanity, and he firmly believes Blockchain technology, decentralization, and servant leadership are all necessary components of that future.