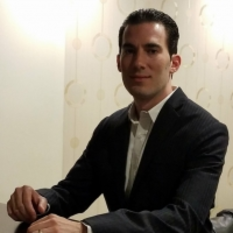 Mark Stanley, President of PRD Media Group has been in the Marketing and PR industries for well over 15 years. Since its inception PRD Media Group has worked with over 120 ICO’s and some projects have raised in excess of $150 Million. However it wasn’t always ICO’s and digital currencies for Mark. Mark has always had a strong work ethic even while in Primary school. During the summer months Mark would sit with an HTML programmer hired by his father and quickly picked up a love for coding. At 14 years old Mark began learning HTML coding and by the tender age of 16 years old he already had a full-fledged business selling turn key online business opportunities. Right out of high school and having that entrepreneurial spirit, Mark sold his business and began a more formal training in traditional and online marketing methods. After working prominent positions as Ecommerce Manager at multiple resorts in Phuket Thailand & Australia, Mark decided it was time to start something new. Along with his Father Steve Stanley, they formed PRD Press Release Distribution which specialized in Press Release writing and distribution to major online news outlets. As the company grew, Mark and his father Steve became the “go-to” guys when it came to writing a great Press Release and having it distributed. Mark was responsible for the launch of PRDNewswire and 7 years later there are thousands of Press Releases written by PRD Media Group and it is an industry hub for PR distribution. As the ICO industry began to flourish they were in desperate need of great Press Release writers and so came ICO-PR Marketing Services.com. It was a natural segway into ICO Press Release writing and to date PRD Media Group has been involved with over 100 ICO launches with some raising in excess of $150 million. If you are launching an ICO and in need of PR services, visit www.ico-prmarketingservices.com or email me directly at [email protected]