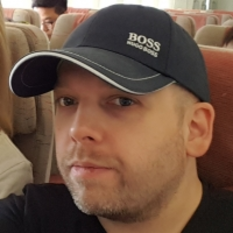 My name is Michae, I am CEO & cofounder of Aimedis. I was born and grew up in Solingen, a small city in NRW in Germany, went to school there and then headed for the Heinricht-Heine-University in Duesseldorf, where I studied medicine. A part of my university time I spent in Paris and the Carribean islands. I've been a doctor for over 12 years and during my time in hospital and especially in the ER and on the ICU noted rather fast how badly connected medical data is. As there were no existing solutions, I developed a first version of a patient centered medical record system, called TheHealthNet / IhrArzt24 together my friend and cofounding partner Ben El Idrissi. After 3 years of clinical testing and evaluating such a solution, we decided to found Aimedis. As we're crypto addicted also in the private field, we knew, blockchain will be a major part of healthcare and now we're here, bringing the blockchain to a live ecosystem and real patients.