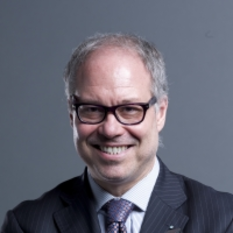 Considered one of the greatest Italian evangelists of Social Media, Editoria Digitale is a perennial startupper, an enthusiast of life, as well as an intimately enlightened carrier of the Life-Hacking Culture and inextricably Geek, intimately Runner and holistically golfer as well as Bitcoin's healthy bearer. #senzatimore has always been its hashtag and identifies the desire to innovate without ever stopping and never being afraid. Testimonial and Trend Setter Italian as well as a passionate user and concrete user of modern communication languages, the great attention in following and anticipating the evolution of social communication and business, led him to be the protagonist of the media revolution that has ferried Italy from the age of analogue content to new digital technologies. Today he lives in Lugano, in the canton of Ticino and is CEO and Founder of Novaretis, a company active at a European level in the monetization of digital media. He is Editorial Director of historical assodigitale.it Digital Editorial Testata founded in 2004 and one of the most followed in Italy on the emerging themes of the Internet, social networks and digital life as a whole. In April 2010 he conceived and sold the business unit of the Communication and Marketing Hub from the European publishing company Reed Business Elsevier to TVN MediaGroup, then holding the position of Editorial Director of the Group with oversight for the re-launch of the historical paper publications Advertising Italy and ADV Advertiser as well as for the expansion of the Advertising Grand Prix, the reference event for the world of Italian communication held every year in May at the National Theater of Milan. Always a pioneer in the evolution of digital media, in the year 2000 it was defined by Prima Comunicazione "the Italian infomediario" for the creation of Immediapress, the first Italian digital printing agency then sold to the Adnkronos Group.