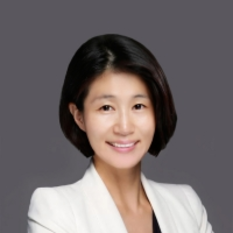 Mina is Founder and Managing Director at M&K PR. For almost two decades, she has overseen M&K’s operations and helped global companies expand their business presence and build reputation in the Korean market. She has worked with global tech giants such as Intel, Oracle, and Microsoft as well as promising startups such as Airbnb, Shutterstock, and Pure Storage. Mina is Vice Chairman of Korea Public Relations Consultancy Association(KPRCA). Mina also is the co-author of the book Blockchain to Master in One Night published in March, 2018. The book went into its second printing three weeks after its release. Mina was speaker at Blockchain Conference Seoul 2018 in March and at Women on the Block in New York, USA, in May 2018. Mina is an advisor for Edenchain and Smartree and Chief Community Officer for BOSCoin, Korea first ICO project. M&K regularly leads workshops and meetups focusing on Blockchain and ICO. M&K was an official meetup organizer of Korea Blockchain Week in July 2018.