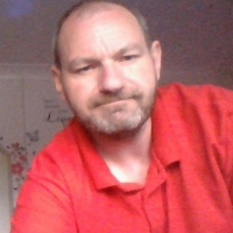 Graduated 4th in his class, from Loughborough University in 1997, with a B.Sc (Hons) Banking & Finance. He was also awarded the Industrial Diploma In Finance for his work at Redland Plc as part of his degree. He then graduated from The University of Brighton in 2000, with a Post Graduate Certificate in Education (PGCE) in Mathematics (Secondary) , and taught at several school and 6th form Colleges. However, due to the lack of freedom to teach effectively, he decided to leave education and return to the financial world and in 2003 started working for Family Assurance Friendly Society. During his time there (2003-2014), he worked as an Investments Analyst, Technical Analyst, Trainer, Investment Accountant, Reconciler and Database and Spreadsheet Designer & Coder. He also became a member of the Chartered Institute of Securities & Investments, being only the 4th Institute at that time to be awarded the "Chartered" Status. He was Owner and Managing Director of two Graphic Design Companies between 2013 and 2014 but unfortunately had to close these prematurely due to Family Commitments taking priority. This particular time in his life, changed his outlook and understanding of what is important in life, and what life is, forever. With a new focus and ambition, in 2016, he decided to return to education but in the role of a Private Tutor. He specializes in Mathematics but also tutors students in English, Physics, Chemistry, Biology, Business Studies, Economics, Accountancy, IT, Programming, Food and Nutrition, Life Skills, Etymology, Geography, History, and anything else a student may wish to know. Ensuring students question everything in life and not to take everything for granted, to use the intuition and realize life is not as complicated as people make it seem. The only thing you ever have to know or follow in life, is nothing is fact unless YOU have experienced it for yourself and therefore, just because you do not agree with someone, it does not make you correct or incorrect. As it is quantum, you are both, neither, never have, always have and every other scenario possible, so as his motto in life goes.."Be Good. Be Happy. And...Don't Worry About 'IT'!". He has studied thousands of hours in medicine everything he can on the human body and how it is built and functions, completing 99% of the material available in Becoming A Doctor Masterclass via the Award Winning, "Lecturio" Platform, including current research papers and the future of the Medical & Surgical Industries. He also has a deep understanding of the "Spiritual" side of people, something which more and more people will discover or, eventually, told in (ETA 2020). He foresees this as the year where peoples vision of the world and their place in it will be changed forever and a new dawn will commence, and the Cryypto-Markets and the advent of A.I. with real quantum powers is already the stepping stone to this. His mission is to advise people without lecturing them and to drop the odd clue here and there to people to make them less confused or shocked when the rest of the world has this knowledge given to them, realizing the information and everything they ever wanted, was right in front of them and within them all the time. At that time there will be a market for showing people what this means and how to use their new, yet to be discovered sides (lol). Welcome to a new age - DISC-OVER-AGE - TIMELESS.