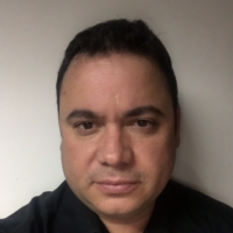 Nico Papanicolaou is the Founder & CEO of Polymorphic Group, a technology company that has developed a low-code platform for the rapid configuration and implementation of Enterprise Governance Solutions. Our solution has been implemented within the largest energy producer in Africa, spanning 40 000 users and 20 diverse business areas covering covering areas such as compliance, incident management, & safety. More recently, Nico Has founded a technology company called Airbase, which is the AirBnB of office space. He saw the value of on demand office space, linking providers of space to users of space. Nico realised that blockchain was a technology platform that will need to underpin both his technology companies and has since founded a distributed ledger research group called Super Chain. The purpose of the group is to identify trends within the blockchain and general distributed ledger landscape, primarily to track the progress of current ICO projects which are in development, and monitoring & reviewing their progress and their ability to deliver. Nico Papanicolaou was born in South Africa and is fluent in two languages. He holds an HSc in Computer Science specializing in public key cryptography which allowed him to understand the algorithms underpinning the current distributed ledger projects. Nico is a member of the Institute of Information Technology Professionals of South Africa, and is thus a registered professional abiding to strict code of ethics.