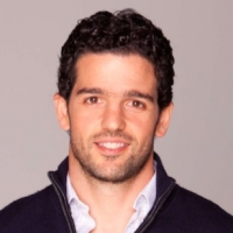 Oswaldo Trava Oswaldo is a seasoned high impact entrepreneur that has built products with massive scale that help solve the most critical problems affecting the growing Latin American middle class. He is currently the founder and CEO of InstaFit, the leading mobile fitness app in the Spanish-speaking market. The app has amassed millions of downloads worldwide and been recognized by Apple as one of the best apps in the iTunes App Store. Oswaldo is also a co-founder of Polymath Capital, a partner collective that advises and invests in blockchain projects. In 2009 Oswaldo launched TUYO, Mexico’s first electronics re-commerce chain for which he raised several rounds of funding and then sold to a US based private equity firm. Oswaldo is an active angel investor, recognized keynote speaker and serves advisor and director of several companies in the tech, health and blockchain sectors. He cofounded Polymath Capital to facilitate development and increase awareness of blockchain projects across Latin America. Oswaldo holds a B.S. in industrial engineering and an MBA from the Stanford University Graduate School of Business.