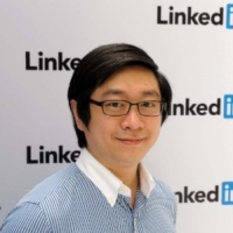 Peter Yeo, Singapore Cryptocurrency Early Adopter, Speaker at Blockchain Events since 2015 http://insidebitcoins.com/singapore/2015/speakers Peter is an serial entrepreneur, technologist and a passionate advocate of the BlockChain and its virtual currencies such as BitCoin, Litecoin, Dogecoin, Ethereum and XDC. He co-founded XinFin.org, which is listed on CoinMarketCap.com, its XDC01 & XDCE (ERC20) swappable on AlphaEX.net and listed on multiple top exchanges worldwide. For More Info visit www.xinfin.org He is serving as an Advisory Board Member of CryptorTrust (APAC) and Advisor to multiple upcoming ICO launches, as well as a Council Member of the Energy Eco Chain Foundation which privately raised over $50 Mil during its token sale. Energy Eco Chain Foundation is also the co-sponsor of the APAC Summit 2018 in Papua New Guinea. In 2014, He founded Cloudmining.sg and raised $1mil to build S.E Asia's largest cryptocurrency mining Farm for Litecoin, at its peak, powering over 10% of the network. Peter consulted as a Technical Business Analyst with Dentsu Aegis Network, where he functions as one of the central roles executing IT integration across APAC for over 30,000 staffs in 300+ offices across 100 over countries in the $5 Billion merger and acquisition of Aegis Media Group by Dentsu. Prior to this, he was the Person-in-charge (Project Lead) in Toyota’s Global SCM-JIT custom ERP – Vehicle Distribution System which ensured the timely ordering, manufacturing, shipping and delivery to Toyota Dealers contributing to global annual sales of over $2 Trillion. At the age of 24, he raised $0.25 mil in 2007 to start a new chain of Internet Cafes in Indonesia, the first outlet consisted over 250cpus and operated 24hrs x 7 days a week which led to their first bitcoin mining experiment in 2009. Peter started his first company in 2006, and performed as lead consultant for the IT infrastructure integration in the $1.7Billion Samsung Siltronic silicon wafer plant mega project. Peter graduated from the Founder’s Institute in 2011, is trained in PMP and holds a Diploma in BIT from Temasek Polytechnic.