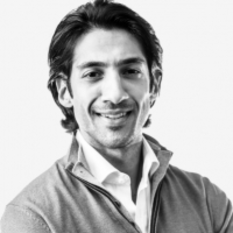 Shehryar is a "roll-up my sleeves" guy who makes stuff happen. He's been a serial-entrepreneur since 2009. He was the Founder & CEO of CityDeal in Belgium (with Rocket Internet) scaling the business to 35+ people and selling it to GROUPON. After that Shehryar became Founder & CEO of KuponVilag (largest dailydeal group-buying site in Hungary), where he built the company from scratch to 45+ employees within 2 years and exited in 2014 (sold to Neogen group backed by Tiger Global). He then launched a customer loyalty mobile app uStamp (now Nyeronyugta.hu) In 2015 Shehryar worked with the founders of the largest Belgian EQUITY CROWDFUNDING platform MyMicroInvest.com (now Spreds.com) to focus on European expansion and new-market-entry. He managed and launched their successful European crowdfunding campaign that raised €1.6 million in 2 hours! (http://tech.eu/brief/mymicroinvest-funding-live-crowdfunding/) Shehryar has held various positions as non-executive director and advisor to various startups & Private Equity Funds. He has advised crypto/blockchain startups on launching ICOs especially focusing on the marketing strategy with a roadmap for execution to maximize fundraising from the public and blockchain investors. Shehryar holds an MBA from INSEAD (France/Singapore), M.Sc. in Computer Science from Hanken / Aalto University Finland. He has lived in Belgium, France, Finland, Singapore, Hungary, Russia, UK and speaks five languages (English, French, Urdu, Russian, Hungarian).