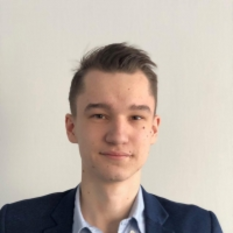 Nikita Shevchenko – is an ambitious 18-year-old fintech entrepreneur and blockchain developer He has started his career in developing in 2013, and two years later he wrote his first application, using NEM Blockchain. In 2015 he invested in some of the cryptofunds, becoming a professional fund investor. He wanted to create a cryptofund, but he understood that there were no complex solition for that. Then he started his work on Fund Platform Fund Platform - an a multifunctional ecosystem-builder that helps digital funds to solve the problem of creation, promotion, incorporation and investing