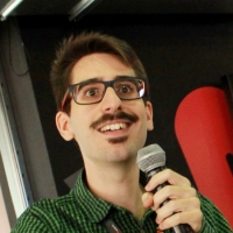 I am a free software lover and a young entrepreneur. Founded my first company, Kadede Social Media, in 2008 when I was only 16 years old. One of my early developments, Karaokii, won the 1st prize at the 2009 Scenery Beta Wii games contest. In 2013 I created Loqui, the leading instant messaging platform on FirefoxOS, with more than 1 million users. A few months later, founded and launched Whatools, a widely used customer support app built on top of Whatsapp’s API. I joined Stampery in July 2015 as first employee. Really proud of porting the core component of the Stampery notarization service from a single NodeJS app to a distributed cluster of Elixir and Erlang/OTP nodes. I also led the development, from planning to execution, of Stamp.io, the new Stampery API that anchors data on both the Ethereum, Bitcoin and Litecoin blockchains, Trailbot and Mongoaudit. I'm now the Tech Lead at Witnet Foundation, a project aimed to develop a decentralized protocol connecting smart contracts to any data source available online. I am also passionate about 3D printing, play the Ukulele in my spare time and speak English, Spanish and Japanese.