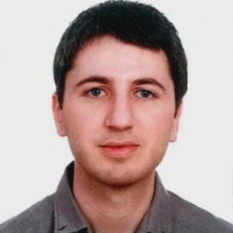 Adrián is a software engineer specialised in Blockchain, who has been working on Ethereum since 2014. Previous to Icofunding, he worked as the lead developer at Grant Thornton Blockchain Lab and as an editor at CryptoCoinsNews. Adrián is a Software Engineer who has been involved in the blockchain community researching the technology for several years. In early 2014, he became Editor of Cryptocoinsnews, bringing information to the Spanish audience. He is also cofounder of the local Ethereum community, and take part in blockchain related events in a common basis. As a developer, he started exploring the technology through Bitcoin, developing a few applications. Quickly, he became interested in Blockchain 2.0 technologies, with special focus on Ethereum. He started his thesis in 2014 using Ethereum to create a crowdfunding platform and published the paper "Betfunding: A Distributed Bounty-Based Crowdfunding Platform over Ethereum". Other areas of his interest are Machine Learning and Data Analytics. Previous to Icofunding, he worked as the Lead Blockchain Developer at Grant Thornton and as an Editor at CryptoCoinsNews.