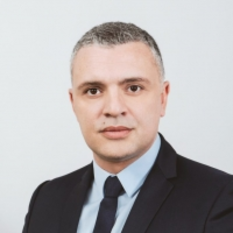 Following the success of Trecento AM, Trecento Group has founded Trecento Blockchain Capital in 2018, in order to launch the first asset manager totally dedicated to the Blockchain universe, and conceived around a 360-degree approach. Based in Geneva, Trecento Blockchain Capital encompasses a team of top-notch technological and financial experts. Adrien is a successful and serial fintech entrepreneur. In 2009 he co-founded PCS Mastercard (the first prepaid card without bank account). As a Sales Director, he strongly developed the business and made PCS a market leader with more than €250mns of business volume. Adrien has exited the business in 2010. In 2011, he co-founded Trecento Asset Management along with Alice. He then advised numerous startups and fintech companies in their business models conception, and fundraising efforts. In 2015, he founded Comparelend.com, the first international comparator dedicated to the P2P lending sector. Under his leadership, Comparelend.com has made deals with 23 international P2P lending platforms such as Funding Circle, Lendix, Lending Club, Prosper, etc. In 2016, along with Elie, Adrien started studying the Blockchain universe.