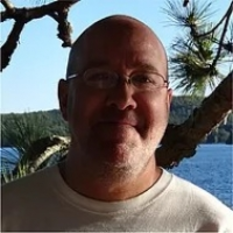 Before anything else, Alan is an anarchist, a futurist and a serial entrepreneur who is interested in disruptive technologies and is a top-notch innovator as you can plainly see by this white paper. Calling him a genius would be an understatement. He is constantly finding simple solutions to complicated problems and the same goes for his over 200 inventions and innovations. He has been in sales since the age of 7 at his dad’s Radio Shack in the 1960’s until the mid 80’s where he helped make his dad’s Radio Shack the second most successful store in the Province of Quebec even though they were in a small town off the island of Montreal. He got involved with computers as soon as they came out in the late 70’s and started programming in BASIC, developing ideas and businesses using the dial up modems of the time and has never stopped learning and being the go to guy for anything technical for family and friends. He has built websites and mobile apps and has now moved on to cryptocurrency and learning Solidity for understanding even more this new technology. He is one of those guys where everything needs to be just and fair for everybody. It is very important to him that in any of his endeavors, inventions or dealings, everybody wins and that there is no negative impact anywhere that matters, like people and the environment. He is a born leader and can handle any situation calmly and logically. He strongly believes that there is a solution to every problem and normally finds it. He has had successful businesses and has helped create new innovative ones like “Rims to Go” in Miami Florida where people could, for the first time ever, rent wheels and tires. It was eventually copied and bought out. Innovating and staying a few steps ahead of the competition is his specialty and he works tirelessly to build a better future for his family and the World everyday. He has been living in Playa del Carmen, Mexico for the last three years running a successful furniture business (www.uniquewoodiron.com) and takes care of just about everything including the computer/internet related stuff. He is also an author and has written two books on poker.