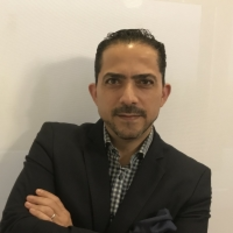 Lawyer with more than 25 years of experience in Corporate Law, Capital Market, Antitrust, M&A and arbitration. He has a large experience in banking and financial inclusion. By 2016 he founded LAUDOX, a dispute resolution platform for Fintech, Banks and their clients. As part of his integration with the Fintech ecosystem He joined the founding team of the Peruvian Fintech association and participated in the foundation of the Iberoamerican Fintech Alliance with the associations from Spain, Mexico, Colombia, Chile, Panama, Brasil, Argentina, Uruguay and Perú. Since the begining of 2017 he decided to migrate LAUDOX solution to the Blockchain, as a decentralized Daap. As a first step he decided to take a deep understanding of this new technology and ecosystem participating in several ICO projects, as a part of the community, contributor and most recently as a Adviser. Now he’s Adviser at Godzillion.io, micromoney.io and worldsibu.io. By the end of 2017 he co-found LegalBlock, a blockchain legal community promoting Collective Wisdom. In LegalBlock confluence more than 70 lawyers from more than 20 jurisdictions. He’s co-coordinator at Lima Blockchain Meetup and speaker in several universities and summits about blockchain.