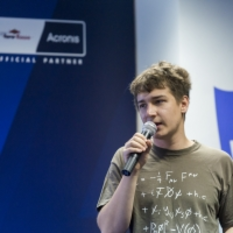 Having strong background in theoretical physics (BSc) and mathematics (MSc), Alex fell in love with cryptocurrencies in February 2014. In May 2014 entered ethereum-dev Skype chat, subsequently becoming one of the first smart contracts writers. Translated Ethereum Whitepaper into Russian, worked as researcher for the Central Bank of Russia (developing zkSNARK-based anonymous bondholder voting protocol and other sweeties). Worked for Humaniq ICO, which raised $5.2M in April 2017.