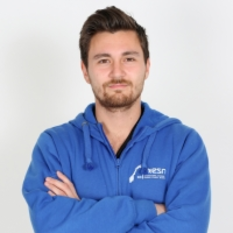 I was born in Turkey. I left home to study high school in Canada when I was 15 years old. During my time in Canada, I was very active in student organizations, it was a great pleasure for me to lead and manage various sporting events and the student parliament rather than just focusing on my studies. I was able to join a volunteer work group in Kenya which was a life-changing experience. 5 years of living in one of the most beautiful and developed cities in the world, Vancouver. I moved to Gold Coast, Australia by the end of 2011. I studied a Bachelor of Business in Sports Management at Griffith University and worked in a semi-pro soccer club called Apollo SC. During my time in Australia, From working in a soccer club, I also managed a Turkish restaurant and started three companies which I sold all, within few months of operation. After my bachelor's degree, due to personal choice, I went back to Turkey and searched for a job. However, I was unsuccessful. Therefore, I decided to move to a country where I could be in good living standards, opportunities and study environment. All these reasons lead me to choose Norway. So far in Norway, I am writing my master's thesis about "possibilities of blockchain technology adoption to football clubs." I coached football for 5 years for players from 3 to 18 years old, worked with 3 different teams in Molde in 2017 season. At Molde University College, I became the president of ESN Molde, which is an organization that works towards integration of international students to Norwegian way of life. I used my cultural knowledge to my advantage and gained more experience in management and team building. I also worked with SportIn Global as business development analyst and still working on implementing blockchain technology to SportIn as well. I met bitcoin in November 2015 and since then I have been investing in cryptocurrencies. I am the co-founder of an education based blockchain and cryptocurrencies project called "KryptEd"