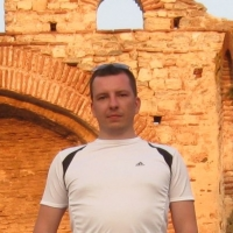 In 2007, received higher education of Specialist level qualification in Informatics. In 2007, began his career at Electrodom-L, Lutsk, as manager (sales, supplying and support of an online store). In 2009, left the manager position and started his own business dealing with selling, setting up and maintaining computer and office equipment. In addition to working offline, opened an online store of computer equipment and components. In 2011, moved to PromoPage and started working as a webmaster. In 2016, moved to the position of optimizer.