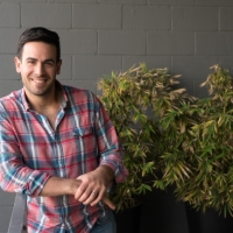 Entrepreneurial executive with a proven track record of leadership and building new businesses. Founder and Co-CEO of vertically integrated, real estate technology and investment company, Aperture. Revolutionizing the way real estate is transacted by giving investors access to tokenized ownership of a professionally managed and diversified portfolio of real estate assets via the blockchain. Prior to co-founding Aperture in 2016, Andrew was the co-head of capital markets at one of the largest fix and flip operators in the U.S., based in Redondo Beach, CA from 2015 to 2016. While there, Andrew was responsible for the oversight and management of institutional fundraising efforts, including equity raises, corporate debt and structured investment vehicles. Andrew was also involved in strategy, underwriting guidelines, credit decisions, loan sales and capital markets activities at that company’s investor loan origination subsidiary, one of the largest private money lenders in the industry. Additionally, Andrew oversaw the development of the asset backed securitization platforms for that company. In addition to his capital markets functions, Andrew spent significant time focused on business development and corporate strategy and was responsible for numerous strategic initiatives. Prior to that, Andrew was a Director at RBS Securities, Inc. where he acquired, managed and securitized multi-billion dollar portfolios of non-performing and re-performing mortgage loans as well as managed structured lending facilities and securitizations for a wide variety of clients from 2009-2015 and from 2005 to 2007. Andrew graduated from Babson College with a major in Finance.