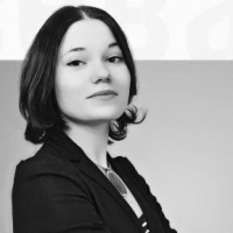 Anna started her crypto related career in Moscow State University, Russia with a simple article about a relationship between cryptocurrency usage exposure and Russia’s macroeconomic performance (Loseva, A. (2016), Bitcoin: A Regression Analysis of Cryptocurrency Influence on the Russian Economy). Going further with another academic research regarding microeconomics and behavioral economics (Loseva, A., Morozov, V. (2016), A Simple Universal Dynamic Framework for Endogenous Preference Change; Loseva, A., Morozov, V. (2017), Dynamic Versioning with Changing Preferences), Anna made it for a diploma in cryptoeconomics (Loseva, A. (2017), Prospects of Russia’s Financial System Development on the Basis of Blockchain Technology: grad. paper, Moscow, p. 74) being the first to make it at MSU. Now, she is the Head of Analytics at Tokenator and also an expert of ICOBench.