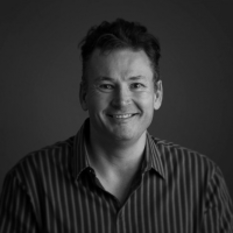 Arie is the Founder of XYO Network and XY - The Findables Company, a successful Serial Entrepreneur, and established Angel Investor. He has a 25 year track record of large scale software development and building successful technology companies. XY is Arie's 5th start-up, with his previous start-up, Sambreel, being his most successful to date. After raising $350,000 in investment in 2008, Sambreel reached $65M in annual revenue before being sold in 2015. With XY | The Findables Company, Arie is looking to surpass his previous success with Sambreel by creating a company that scales its value to much higher while bringing world changing technologies to the market. Shortly after moving to the United States in 1976 from his native South Africa, Arie was entranced by the early personal computer industry and learned how to program on the TRS-80 Model 1 and Atari 800 computer systems in both BASIC and Assembly language. He quickly found ways to become an entrepreneur with his computer skills, creating a sticker printing system at age 13 and running a multiple line computer service until age 18. Specialties: Entrepreneur, Business Management, Software and Firmware Engineer