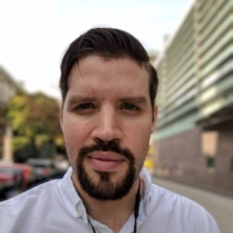 Freethinker • Studied Computer Science / Political Economy • Trekkie • Cryptos • Jack of all trades, master of some. Administration management professional with an educational background in Computer Science and Political Economy. Over 6 years of management and analytical experience. I am currently an MPA graduate candidate in Columbia University's SIPA with concentration in economic policy and management. My areas of interests are on comparative economic models, on automation's impact on the global economy, and on worker cooperatives or worker self-directed enterprises (WSDE's). I am also interested in the application of cryptocurrencies as an alternative to traditional fiat currencies in an economic system. Given that, I am specifically interested in research exploring a system in which units of a cryptocurrency are representations of the pro rata share of the total energy per capita available in a given year within a nation state. An idea that could be linked in the future to a full scale implementation of a universal basic income (UBI) within the context of full or nearly full automation. I am a life learner interested in the intersection of economics, society, and technology. Hobbies include: cryptocurrencies, studying heterodox economics, space technologies, and building things.