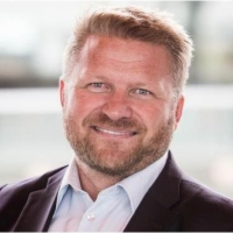 Arne Peder Blix – Founder and CEO Arne is a proven tech-entrepreneur with several successful exits to his name. In 2002, Arne co-founded and bootstrapped Accurate Equity, a FinTech SaaS and professional services company within equity based incentives design, accounting, valuation and disclosure, until he sold it to a major PE in 2015. As Chairman of MeaWallet 2015-16, Arne led the re-structuring and sale of a FinTech SaaS mobile payment infrastructure company to Seamless Distribution AB (Nasdaq; SEAM). Arne is a graduate from the Royal Norwegian Naval Academy, and he spent most of his seagoing service on Norwegian attack submarines. As Project Manager, Arne headed prestigious projects in the Philippines, Panama and New York for the Classification Society DNV-GL. Thereafter, Arne was recruited as international negotiator and lobbyist for the Norwegian Shipowners’ Association and later moved to Houston, Texas as chief commercial broker for one of the member companies. Before founding Accurate Equity, Arne returned to Norway as Sales Executive for a Norwegian IT company developing electronic Log books. Arne has an MBA as well as a degree in maritime law.