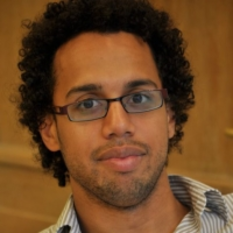 Co-founder and Lead Architect of LegalThings One

Web developer with 15 years of experience. Shifted focus towards the blockchain. Fierce believer in open-source software. I'm not the guy you'll find at some Fortune 500 company. I love building things up from the ground. For all the companies and projects I've been involved in, I played an important role in their early success or failure. I would have it no other way. As a co-founder of LegalThings I've been responsible for the inception of this project. From there I've functioned as both architect and lead developer. > As independent software developer under the name Jasny, I helped many startups get off the ground as well as contribute to a number of open-source projects. > At Ajax.org (later Cloud9 IDE) I helped in developing the Ajax.org platform (APF), the JavaScript framework that was later used for the IDE. Cloud9 IDE has been acquired by Amazon Web Services. > I started at ProActive as employee #1. At that time the company was still trying to find its place in the market. I set up a rapid development framework and introduced concepts as version control and automated testing. ProActive is currently #24 most successful IT company of the Netherlands.