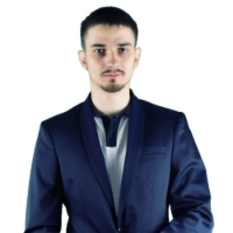 Master of Information Technology from Riga Technical University and the author of several publications related to the field of IT project management. Arturs has more than eight years of experience of working in the IT industry, including management of IT projects, system analysis and development of high system loads. Arturs has participated in the development and management of more than 75 projects. He also specializes in software development (full-stack WEB development). For the last two years, Arturs has been the CEO of a Latvian IT company “CUNAMI WEB”, where he has gained key experience in the interaction with blockchain technologies. Arturs had the idea for CryptoPolice after he found a vulnerability in a rather large ICO project. The developers failed to develop the system of decision making and token distribution well enough, which created risks of token theft. Arturs informed the ICO project owners about this vulnerability, but received just a formal reply: “Thank you for your information. We will consider your application”. As a result, the vulnerability was not eliminated and many investors suffered. This event caused the development of an idea to protect investors, which led to the formation of the CryptoPolice project concept. Now Arturs is the main ideas man and manager of the CryptoPolice project.