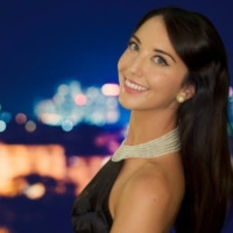 Asia Larkin is a co-founder of Token Developer, a blockchain-focused consultancy that supports cryptocurrency projects, and co-founder and CEO of Blockchain Developer, an organization that connects blockchain developers and entrepreneurs. When Asia was a student at the University of Georgia she began working as an entry-level background screener for the largest background screening provider for the Department of Defense, and before she finished university she was the VP of Background Screening leading a team of up to 60 staff members. Her focus has been on management, training, and professional development and she has been bitten by the blockchain bug. Her greatest dream is to live in a technological utopia, but without an ominous big brother looming over it. She thinks blockchain technology and cryptocurrency are the keys to achieving that dream.