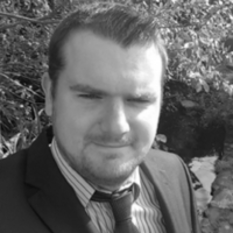 Having built his first web site at the age of 14 and as a graduate of Interactive Multimedia & Design at Ulster University, with specialism in web development, Barry polished his expertise whilst working with organisations such as Universal Music, Google and Cambridge University. In recent years, Barry has been a Lecturer at the South West College and has also worked with Ulster University to deliver Foundation Degrees in IT, specialising in web programming. In 2010, Barry purchased his first cryptocurrency (Bitcoin), which in turn triggered a keen curiosity in blockchain technology and its decentralised nature. In 2012, Barry began writing his own scripts to further grasp its potential and is a keen miner of Bitcoin, Ethereum & Siacoin in recent years.