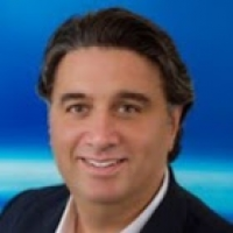 Mr. Blumenthal is a Co-Founder and a Strategic Advisor to Swing Golf. He has 20+ years of operational leadership experience. He was formerly the CEO of SunToWater Technologies, a company commercializing a machine that makes drinking water from the air. Prior to his leadership of SunToWater, he was the CEO of Global Water Supply, a company in partnership with GE Water dedicated to the development of Desalination Ships, large-scale desalination plant on-board mobile marine vessels. Mr. Blumenthal has presented viable business solutions to, and received support from, the White House, Pentagon, US State Dept, US Dept of Defense and NATO as well as from current and former heads of state and governments of Thailand, Singapore, Israel, Egypt, Dubai, Abu Dhabi, and Oman. Mr. Blumenthal served as the Vice President of Bristol Investment Group in New York where he led the firm’s investment in and raised start-up capital for Energy Brands (Vitamin-Water and Smart Water) that was subsequently sold to Coca-Cola in 2007 for $4.1 billion. Mr. Blumenthal is a certified Mediator, specialized in cross-cultural conflict resolution. He studied at Oxford University, has a BA and MBA from Emory University.