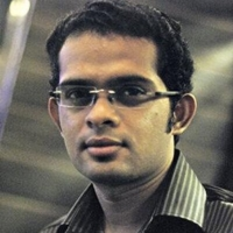 (I don't advice ICOs or do ICO marketing. I do not endorse any projects unless otherwise mentioned) He is an alumnus of the prestigious Bell-Labs with extensive expertise in Software Development & Entrepreneurship. He started his career with GoGrid, California - one of the first cloud computing companies and worked with Lucet Technologies (now Nokia) in Telecommunication and Networking domains. In his 15+ year career he has worked with Traditional Enterprise Software development for companies like AT&T, Sprint, TATA Services as well in internet facing B2C Financial applications, e-commerce, Virtual Currencies & Data analytics. He has also founded couple of startups including India's First webTV called IndiaVibes. In 2016 he won UniqueTimes Young Entrepreneur Award in 2015. He holds a degree in Computer Science from National Institute of Technology, Calicut India. With UINP his role is leading the technology & innovation as Chief Technologist.

Tweets by Bobinson K B