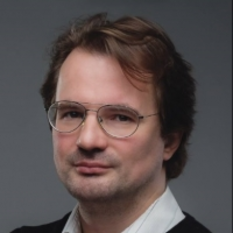 I was born in a small scientific town near Novosibirsk, Russia. I completed my BS degree in Economics at Novosibirsk State University. I became a member of the Siberian Youth Initiative (SYI) (http://tigurl.org/fawa8v~youth/), which was founded in 1990 by the students of the Novosibirsk State University and became on of the first registered as national, non-profit, non-governmental youth organization. In 1995, I participated in the ICONS (International Communication and Negotiation Simulations) project as a team-member and then became leader of the “Government of Russia” team. Project ICONS offers, at both the university and high school levels, educational simulations of international relations for students. (http://tigurl.org/0nmntb) In the summer of 1996, I participated in the program “International Culture and Youth Exchange” of AFSAI (http://tigurl.org/r0kugb). Later I helped to organize and then participated in the trainings of the Council of Europe in the “Youth for Europe” program. This project was hosted by SYI and co-sponsored by AFSAI and the National Youth Council of Russia in the summer of 1997. In 1998, I was accepted with a full academic scholarship to Marymount Manhattan College in New York City where I completed a BA degree in International Studies in 2003. During my studies in New York City, I occupied my non-academic hours with a number of different activities: I completed an internship with Metro International; I worked as the editor and outreach manager for Idealist.org; I served as Book Fair Director for the Association for the Study of Nationalities annual conventions; I co-organized literary project “GOROD” and participated in several international conferences. In 2000, I was awarded a full scholarship to participate in Savaria International Summer University’s “New Europe in a New Millennium” program in Koszeg, Hungary. In the summer of 2001, I attended the “Liberty & Current Issues” summer seminar organized by the Institute for Humane Studies at Georgetown University in Washington, DC. I spent the fall semester of 2001 in Moscow, Russia, working at the Institute for the Problems of Civil Society helping prepare the Civil Forum, which became the largest event in the history of “the third sector” of Russia. Our organization was among one of seven network organizations who helped bring together more than 4,000 representatives of NGO’s from 89 different regions of Russia to discuss the future of the Civil Society in Russia. I worked as the National Project Coordinator of TakingITGlobal-Russia until November of 2004. I am enjoying every opportunity to volunteer for Maria’s Children Art Studio: http://tigurl.org/anff5a (Russian), http://tigurl.org/anff5a http://tigurl.org/anff5a/content/view/141/96/ (English) When I came back to Russia I worked as interpreter/translator for large scale IT system implementation projects. Also, I used to be Couchsurfing Ambassador of the city of Moscow. Here is my profile there: http://www.couchsurfing.org/people/justboris/ Now I am working at MARK.SPACE in a role of Community & Investor Relations.