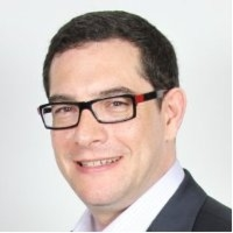 Brent Cohen drives innovation, operations, and mass market adoption by working at the nexus of product, operations, and marketing at the highest levels in the US and Asia. He is known as an insightful, hands-on leader across a broad range of initiatives including creating strategic partnerships, developing/launching new products and services and entering new and untapped markets. An operational and strategic executive, Brent designs and builds products and processes that propel initial coin offerings (ICOs), double revenue, halve costs, delight and connect people, and scale growth ventures. Projects include venture-backed startups, global multinationals, and international technology firms. Adept at turning ideas into reality, Brent co-founded five companies that combined have raised over $500 million with the WAX token generation event (Nov. 2017) netting over $150 million. He has built technology services companies that have been adopted by customers and partners around the world. Brent has led companies by building teams and operations in DC, LA, and throughout the Asia Pacific region (China, Japan, Korea, Singapore, Indonesia, Philippines, and Australia). Brent has a proven ability to interface at senior and diplomatic levels, navigating a multitude of factors, forging strong personal relationships. He pursued, closed, partnered with and produced advertising for many of the world’s best clients including Coca-Cola, Amazon, Baidu, Estée Lauder, P&G and Unilever, thousands of local businesses, hundreds of US politicians, three US Presidents, and one Pope (now a Saint!).