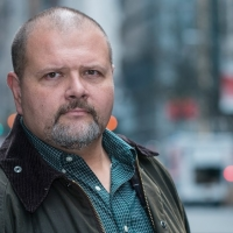 Brett “GOllumfun” Johnson has been a central figure in the cybercrime world for over 20 years. Mr Johnson built and was leader of ShadowCrew, the precursor to today’s darknet markets. He was instrumental in developing many areas of online fraud while helping design, implement, and refine modern Identity Theft, Account Take Over Fraud, Card Not Present Fraud, IRS Tax Fraud, and countless other social engineering attacks, breaches, and hacking operations. Today, Brett works as a security consultant and public speaker. He has worked with groups such as the FBI, Microsoft, Emailage, NextCaller,IDology, AARP, BBWest, TIB, The ACFE, The Card Not Present Group, The Identity Theft Resource Council, PRO, Universities, and many others. Brett has been featured on numerous media outlets, including the New York Times, NBC, CNN Money, Wired Magazine, Vice, RT TV, ArsTechnica, The Independent, and more.