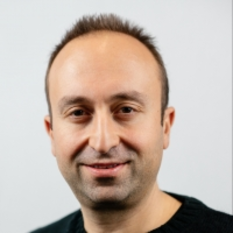 Bulent is a Serial Entrepreneur. His latest endeavor is Colendi.com which he founded and serves as CEO. His prior Banking Regulation and Supervision Agency Licensed e-money company ininal.com has reached more than 2 Million accounts, and 1 Million active digital wallet users monthly, and still growing fast. Cheque-Dejeuner Group acquired in May 2016 a majority stake at ininal and signed for one of the biggest deals in the Turkish Startup ecosystem. He is working for years to transform the banking industry, micro credits and credibility world into digital and has started Colendi as the right solution for this vision. Bulent is also an active Business Angel and invests in early stage start-ups. Bulent has been elected as the "Internet Entrepreneur of the Year" in Turkey and EY Entrepreneur Of The Year - Accelerating Entrepreneurs program in Monte Carlo. Ininal won several awards: "Best FinTech Start-up ". The Wired UK magazin elected in 2013 and 2014 ininal as the hottest 100 companies in Europe. Prior to ininal, Bulent spent more than 15 years in Technology Consultancy and Software development. Bulent holds B.S. Industrial Engineering degree and joined Harvard Business School later. Links: Internet Entrepreneur of the Year 2016 https://webrazzi.com/2017/01/09/ve-karsinizda-webrazzi-odulleri-2016-sonuclari/ EY Entrepreneur Of The Year - Accelerating Entrepreneurs program 2015 http://www.ey.com/gl/en/newsroom/news-releases/news-ey-sends-six-high-performers-to-monaco-for-its-2015-accelerating-entrepreneurs-program Wired Europe's hottest startups 2015: http://www.wired.co.uk/article/100-hottest-european-startups-2015-istanbul Wired Europe's hottest startups 2014: http://www.wired.co.uk/article/istanbul